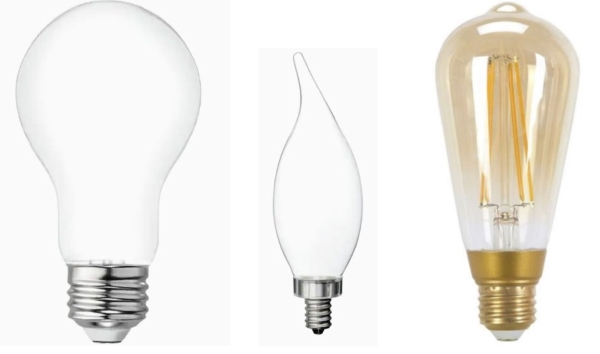 Update your Lighting with the Latest LEDs.

Are you ready to make the switch to the far more cost-efficient, long lasting and environmentally friendly LED bulbs? The above photo shows some great looking options to light up your life. Your home will shine with these helpful hints for replacing your old incandescent and fluorescents with LED luminaries.

Here’s what you need to know before purchasing them.

Cost: Prices are coming down, but for durability and quality stick with the big-name lighting manufactures.

Lumen language: Lumens indicate light output and refer to the bulb’s brightness, in contrast to wattage which refers to the power consumed by the bulb. So get ready to learn a new language for light bulbs. It won’t be long before you’re buying bulbs that produce 800 lumens instead of using 60 watts.

Dimmable: LED bulbs require dimmers designed specifically for LED bulbs. So, if you live in an older home be prepared to install new dimmer switches also.

What to avoid: Don’t purchase old-style LED bulbs shown below with the ugly bases made of plastic or metal. Avoid LED bulbs with the unsightly yellow filaments show below. Instead look for the frosted ones shown above. 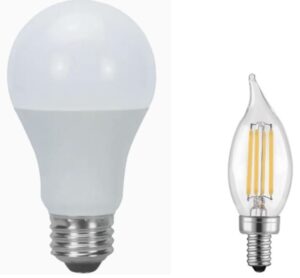 After years of waiting I’m finally satisfied with the LEDs for residential use and they’re now readily available in big box stores and online. Thankfully, the disadvantages I outlined in my 2011 article “LEDs Light the Future” have all disappeared. That’s enlightening progress!