Interior Design Inspiration from The Past at Tryon Palace 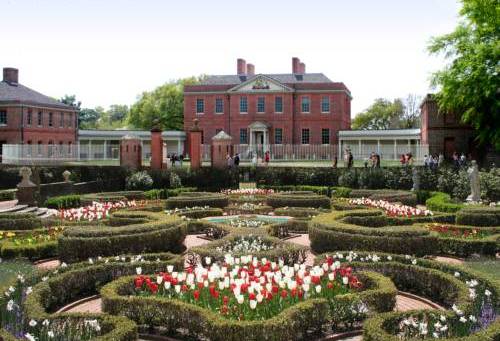 Tryon Palace, located in New Bern, North Carolina, is a replica of the mansion built in the late 1760s. Royal Governor William Tryon brought architect John Hawks from London to design and build the Georgian-style structure to serve as the first Colonial capitol of North Carolina and home to the Tryon family.

Following the revolution, the site held the general assembly for the State of North Carolina and housed the state governors until 1794.

Shortly after the state capital was relocated to Raleigh in 1792 the original building burned to the ground. After an extensive 30-year campaign to rebuild with the original architect’s plans this modern recreation was erected on the site in the 1950s.

Today, the Palace with recreated gardens is a State Historic Site that lives on as a testament to history, community and rebirth.

There are many other beautiful historic homes and sites in New Bern within walking distance of several nice Bed and Breakfasts. Plan your stay soon.