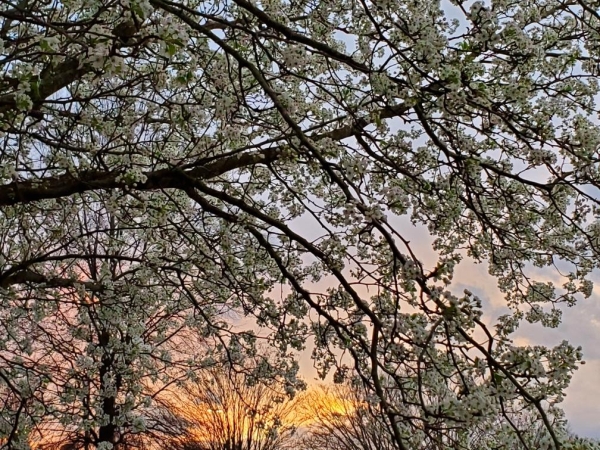 Are you imagining building your dream home? Perhaps you are relishing the thought of remodeling your kitchen or bath? Or maybe you’re just desiring new decorating, furniture and wall color? Great! We all need to have dreams! But before you start designing your home, think about to building a better YOU first! During these challenging times we must all strive to be the best person possible. So, I want to inspire you with ideas of new growth like the springtime […] 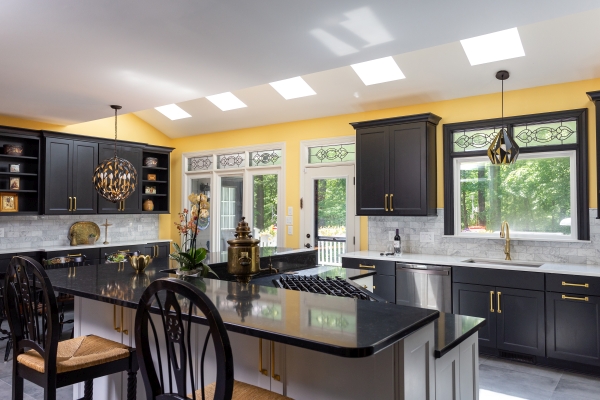 Giving Thanks for this Kitchen Remodel in 2020!

This kitchen is accessible so the homeowner can easily reach things as she ages in place. The Universal Design enables my client to reach everything in easy to roll out drawers with soft close features. It will also accommodate a wheelchair if that is needed in the future. She loves to cook and entertain so we took the time to analyze her needs. Every detail was planned for her to function effectively and to fully enjoy the space. We eliminated […] 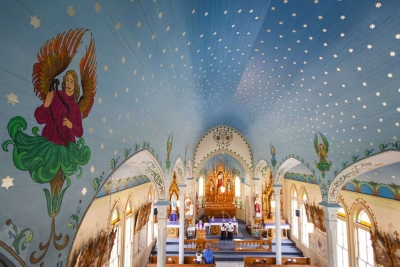 Ornately painted designs lift the spirit. The inspirational designs covering the interiors of this House of God were created by German immigrants seeking solace during the late 1800s. The immigrants fled persecution and survived hardships and sorrows, but persevered because of their faith. The Painted Churches of Texas were constructed with the same beauty and craftsmanship as the old-world German churches. After their pilgrimages, the churches became peaceful anchors in the immigrants’ new world and reminders of their homeland. People […] 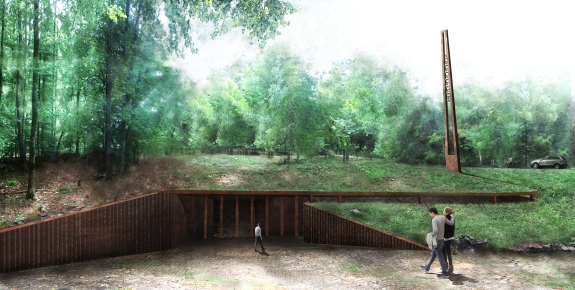 Plans for Underground Chapel in Raleigh

TED Fellow and world-renowned Spanish architect Xavier Vilalta has created plans for an underground chapel on Ebenezer Church Road adjacent to Umstead Park in Raleigh, North Carolina. The idea came to my friend Mark Boone 10 years ago while sitting there next to the natural spring. The initial concept was simple: create a place for people to come and find peace, hope, and healing. The vision is to carve a chapel from the underground granite that will last for centuries […]

Easy Ways to Green Your Lifestyle

Ways to Decorate and Live Green. The greenest piece of furniture is one that already exists. Most vintage furniture uses solid wood and has much better quality and craftsmanship than today’s mass-produced furniture churned out by factories. -Carry your own bags into the stores. When purchasing small items ask the cashier for NO bag. Buy in bulk- food from bulk bins can save money and packaging. -Carry a reusable water bottle, preferably aluminum rather than plastic, when traveling or at […]

Designing model homes in China may not be every American child’s dream but for me, it feels perfectly normal. Why? For one, as a little girl, I adored visiting my dad at his commercial painting and decorating business where I first picked up my love for design. For another, I delighted in our family vacations, where our road trips across the USA and Mexico included destinations with endless fascinating things to explore. After our trips I would often go to […] 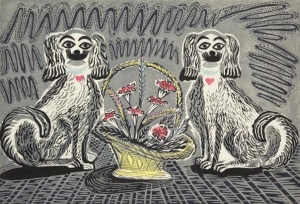 She failed at design school yet succeeded during the Second World War, while England was under threat from bombing. She thrived during a time dominated by male designers. She created striking, distinctive, and timeless work like this whimsical print with dogs. During her 70 year career, she was an author and illustrator of children’s books, a book designer, a printmaker, a textile designer, and a painter. She brought good design to the common man for the first time by designing […]

Dress Your Home For Success

Can we affect positive change in our lives by redecorating our home? My answer is yes, of course! In my article “Where Are You From?” I posed the question, should we decorate our home for our hopes and dreams? In other words, should we dress our home for success? Most of us can answer the question, “Where are you from?” Not all can answer, “Where are you going?” Sometimes the future is uncertain and the path unclear. Stuck in a rut, […] 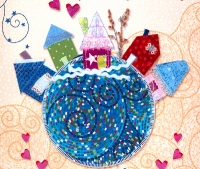 Where Are You From?

Where you’ve lived and places you’ve visited have influenced who you are and therefore your home’s décor. We tend to surround ourselves with environments that are familiar to us and remind us of places we hold dear. I am often asked, “Where are you from?” I feel a bit strange answering this because I’ve moved so many times and have called a number of places home. Consequently, I like change. Lately, the contents in my home seem to be in […]